In an act affecting owners of 2G cell phones on AT&T Mobility’s network, including the highly visible, and originally highly expensive first generation iPhone, Open for Business has learned that AT&T has been quietly sacrificing 2G signal strength in an effort to speed up the build out of its next generation 3G network. The first generation iPhone was trumpeted by the company as recently as seven months ago; many 2G phones continue to be sold by the Dallas-based company today.

Cell phones, like other wireless communications devices, have certain radio bands they communicate on. While previously the company had been primarily relying on the 850 MHz band that offers a more robust signal, including superior indoor reception, company technicians confirmed to OFB that transmitters for the 2G signal used by the original iPhone and most other handsets, including most AT&T offered BlackBerry and RAZR models, have been shifted to the weaker 1900 MHz band in some areas.

This shift has resulted in customers past their 30-day return policy, but still with relatively new phones, finding themselves stuck with equipment no longer able to pick up signals properly in previously strong coverage areas, even though the equipment itself is without defect.

OFB was able to confirm this situation for itself using multiple devices in St. Louis, MO, and also obtained information on similar cases across the country. Reports suggested the problem started to appear as AT&T ramped up its 3G network in preparation for the iPhone 3G in early 2008. Each AT&T technician OFB talked to concerning this problem offered the same solution: that the customer should purchase new, 3G-enabled equipment at the customer’s own expense. This has created a troubling situation for many owners of the original iPhone, a device that was as recently as May of 2008 selling for $400. These users are being told their expensive phones should not only be replaced at the subscriber’s expense, sometimes less than a year after purchase, but also at an increase in the monthly service rate of $10 for data and $5 for text messaging.

While the iPhone is the highest profile device impacted by the network change, other high profile, higher-end phones, including all but one of AT&T’s BlackBerry phones, feature 2G GSM/EDGE radios that could be impacted by this switch. In all, nearly half of AT&T’s phones available on its web site are 2G models incompatible with the newer 3G technology. 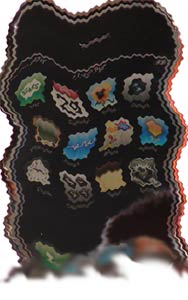 When I contacted AT&T’s technical support seeking a solution to the problem, the company did offer a $200 one-time credit, a helpful offer, but not nearly enough to offset replacing my family’s two perfectly functional iPhones and additional Nokia handset (equipment totaling about $1,000 in value over the last two years), nor did the company offer to offset the additional fees attached to the new phones (a cumulative total of $30/month). The standard upgrade offered was pursuant to a new two-year contract on all three lines. Over the course of the next two years, AT&T’s offer would cost an additional $920 plus tax to restore the level of service previously available.

As an alternative, OFB was also advised by one AT&T customer service representative to consider terminating AT&T service. The representative then suggested using unofficial information on the Internet to unlock the iPhone for use on another cellular network.

OFB’s staff collected other similar stories across the country, including the Midwest and both coasts. A serious question arises for those considering purchasing higher end equipment like the iPhone 3G or Blackberry Bold going forward, either as a new customer or as a customer attempting to escape the 2G problems. As AT&T looks forward to yet another network upgrade to the 4G LTE network in the coming years, is there any guarantee that new equipment purchased now will not suffer the same fate before its respective contracts expire as well?

AT&T’s executive director of analyst relations, Mark Siegel, “categorically” denied to OFB that AT&T was advising customers to dump 2G equipment such as the iPhone for 3G versions. In a follow-up message, Siegel added that the company was not requiring anyone to switch to 3G equipment. Although that is technically true, customers in affected areas are all but required to upgrade due to the dramatic signal strength drop over the last few months.

OFB also attempted to reach Apple for comment, but had not received a response from the company by press time.

Timothy R. Butler is editor-in-chief of Open for Business. You can contact him at tbutler@ofb.biz.

Here's the link to the original story:

Please see the article for details: