The Choices are Great -- and Clearer than Before

An Affordable, Feature-Rich Board Just Under the Radar

Mechanical keyboard makers generally fall into two broad categories: established gaming peripheral companies and a series of upstarts, like Keychron and Epomaker, focused purely on mechanical boards. Wombat Keyboards is neither and, like the company, its Pine Pro keyboard feels like a unique entry into a market flooded with very similar offerings.

At the height of the rage around the first consumer marketed Hummer, later rechristened the H1, I remember getting the chance to climb into one at the nation’s leading dealer of that incredibly robust SUV. The vehicle was capable of tackling terrain no car I’ve ever owned could, but also was incredibly basic on certain creature comforts. This is a professional tool. That analogy aptly fits the Das Keyboard MacTigr, the curiously spelled, newly released keyboard from Metadot.

Yesterday was an odd twist between the last few years’ big iPad launch events with the familiar, high gloss Apple keynote live streams and the occasional minor update to Apple’s product line that only solicits a press release. A 10 minute mini-keynote showed off the new low and high-end iPads, and like the format twist, these iPads are neither small nor large changes from the existing line. But the changes do help make the whole lineup make more sense if you’re in the market for a tablet.

I’ve been on the hunt for the perfect keyboard for a while now, and the Royal Kludge RK100 offers an attractive option from a well-established brand that falls just below the attention around Kickstarter stars Epomaker and Keychron. In so many ways, this keyboard checks every box I was looking for and for a remarkably good price. Let’s give it a spin. 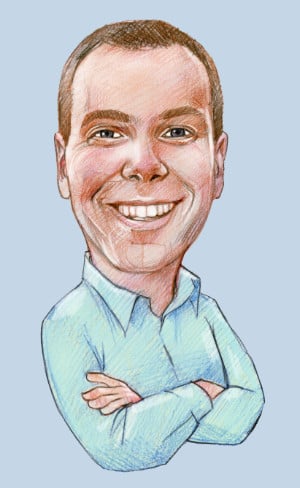 OFB's Timothy R. Butler has been being putting gadgets, serious tech and useful bits for around the home to the test for almost two decades. He's testy so you know it passed the test.